10 Points to Define When Working with Consultants 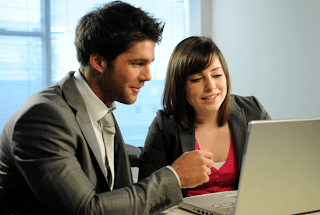 Even though both you and the consultants are IT professionals, acronyms still can cause confusion. For example, when they say ATM, do they mean asynchronous transfer mode or Adobe Type Manager? Some of your co-workers might even be thinking automatic teller machine. Sure, the context could make the acronym clear. But why take the chance? Define the acronyms the first time you use them so that everyone is clear.

2: Insist on being kept informed

Mushrooms are grown by being kept in the dark, while regularly being covered with manure. Don’t let that happen with you. Make sure the consultants keep you informed of progress and more important, of any problems. If you are wary of status meetings as a waste of time, at least ask for email or text updates regularly.

3: Make sure they document their work

I hope you don’t wish your consultants would step in front of a bus. However, if something does happen, you need to be able to continue their work. Have they left clear instructions about how the system operates and updates about the status of the project? Losing a consultant is enough of a change. Having to search for documentation is a duty you don’t want to have.

How often does it happen that within the first three weeks of a project, coding becomes “90% complete,” only to remain that way for the next six months? The problem with milestones such as “coding completed” lies in the difficulty of defining such a term. Instead, consider milestones that can be defined and agreed upon, such as “coding specifications signed off by [person x].”

5: Ask to be notified before extended absences

Consultants often have multiple clients and multiple engagements. However, as a paying client, you have a right to know when they are absent from your location. The fact that they have documented their work and that it can continue in their absence is irrelevant here. Make sure the consultants keep you informed about when they will be out.

6: Be clear about leadership

If you were dealing with criminals hiding in a building, the police department would be in charge. If you were dealing with a fire in a building, the fire department would be in charge. Who’s in charge, though, when those criminals set the building on fire? That same issue can arise with respect to your management and the management of consultants.
Be clear about who is or will be in charge of the project for which you have brought in the consultants. This issue might be more complex than you think. Are you merely bringing in one or two developers to augment an existing in-house programming effort? Or are you bringing in an entire team of consultants, with their own “project manager”? In that latter case, make sure your manager and the consultant manager are clear about responsibility and authority. Does one report to the other? Will you have a committee? Will you decide by consensus? Whatever you decide, make sure everyone knows.

7: Be clear about expenses

You probably don’t want your consultants staying at the Ritz-Carlton. But neither should they be required to stay at your local fleabag. If you’re going to compensate consultants for actual and reasonable expenses, consider setting daily limits for hotels, meals, and other expenses. Alternatively, consider establishing a per diem allowance and leave it up to the consultants to deal with their own arrangement within that allowance. The worst alternative is to reimburse with no allowances and no limits.

When the consultant starts training, make sure that you and your staff are doing the driving. That is, don’t just sit and watch as the consultants run the controls and screens of the system. Instead, insist on getting hands-on experience while the consultants point out various aspects of the system. Remember that old proverb, “I see and I forget; I hear and I remember; I do and I know.”

10: Give positive as well as negative feedback to consultant boss(es)

If you have issues with the consultants, tell them. Keeping quiet will only make things worse. If you can’t resolve the issue, escalate it to their boss or bosses. At the same time, though, recognize their good work. When you do, you build good will, and make those consultants more willing to extend themselves for you in the future.
Original Post By: Calvin Sun | Techrepublic | http://www.calvinsun.com
Posted by DigitalDesigns at 4:07 PM