Net Neutrality - Innovation on the Web is at Stake! 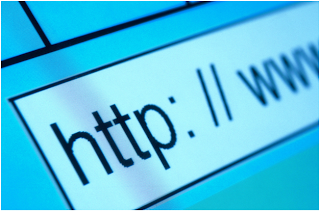 Are all bits created equal?
In 2007, EFF and the Associated Press confirmed suspicions that the Internet provider Comcast was blocking BitTorrent (protocol) traffic. This put Net neutrality into much higher agenda as this was a first major action that proved that ISPs were technologically able to interfere with your Internet connection and not even tell you about it. After many complaints, in 2008, the FCC stepped in and required Comcast to stop blocking BitTorrent traffic. Since then, the battle continues...
NET NEUTRALITY?
There has been an ongoing struggle for a while now dealing with who controls the Internet and how it is accessed. Net neutrality describes a principle for all information flowing across the Internet should be treated equality. This struggle is being fought by two main groups:
Content Creators (largely support Net neutrality / Against Internet Regulation) 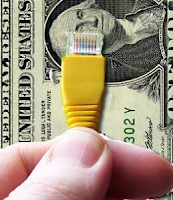 FCC attempted to implement Net Neutrality rules but were turned down by a court ruling in April determining that the FCC did not poses the authority to do so. Since then the FCC has been communicating with industry representatives in preparation of a proposal asking Congress to give the FCC a new authority to regulate broadband.
Out of these communications two major industry players, Google and Verizon, are about to announce their own take on what is to be a likely solution to the debate which has been at a standstill for quite some time.
The known (but unofficial) agreement so far meets in the middle of the debate:
This may play well in the compromise since in order to keep up with wireless bandwidth demands by customers, wireless companies are spending billions each year. Also, its hard to compare the majority of wired broadband speeds to the current much slower wireless bandwidth speeds. The nonexistent restrictions for ISPs and their mobile networks would allow companies such as Verizon to apply extra fees to those who wish to bring faster connection speeds to their websites and applications. This would give mobile carriers the extra income they need to keep up with the demands for bandwidth on their mobile networks. The need for extra income by these companies has been seen such as the recent drop in unlimited data plans for new customers.
In addition, consumers looking for broadband connections have few choices of ISPs to choose from for their home. Unlike wireless carriers, if people do not like how a carrier is restricting access to various websites, applications, etc. they can switch to including Verizon, AT&T, Sprint, T-Mobile and other carriers.
Google and Verizon compromising to meet in the middle would most likely gain support from both sides, moving legislation forward that gives the FCC some of the authority they are looking for. On the other hand, without support of the big telecom lobbies, legislation would continue to be a standstill in Congress.

GOOGLE’S TAKE ON THE DEBATE
"I want to be clear what we mean by Net neutrality: What we mean is if you have one data type like video, you don't discriminate against one person's video in favor of another,"
"But it's okay to discriminate across different types, so you could prioritize voice over video, and there is general agreement with Verizon and Google on that issue." -Google CEO Eric Schmidt.

VERISON’S TAKE ON THE DEBATE
"Our goal is an Internet policy framework that ensures openness and accountability, and incorporates specific FCC authority, while maintaining investment and innovation," - David Fish, Verizon spokesman
WHAT THIS MEAN FOR US?
If Net neutrality fails and Broadband and the Internet becomes regulated then the major Internet providers will ultimately be putting a hamper on user choice, competition, and innovation.
However, if a regulatory deal is finally reach with the standard of Net Neutrality may need to be rethought out as mobile device use more bandwidth becomes even more prevalent. We can see already today that 3G networks can get clogged. Many carriers are moving toward “4G-LTE” (Long -Term Evolution) networks that will radically improve data support. Once that happens then there would not be as much of a distinction between wireless and wired speeds. This in turn would put a fight back into the ring as to who controls the Internet.
The U.S. Government is now examining Net neutrality and it’s financial, legal, and social affects. The question is, however, should the government interfere with the issue of Internet regulation, or should it just be for the market to work out?

WHAT CAN YOU DO?
The EFF is the leading civil liberties group defending your rights in the digital world. Check them out at http://www.eff.org/
Take Action and/or Join EFF to support EFF with a Tax-Deductible Donation like I did.

“Your donation funds critical legal battles to defend free speech, stand up for privacy, fight for government transparency, support consumer rights, and protect your right to innovation in the digital world. The majority of EFF's funding comes from individuals like you.” - EFF.org
By Stephen Geldersma, Digital Designs LLC September 01, 2010: 1:56 PM ET
Posted by DigitalDesigns at 2:14 PM